Phu-Vinh Nguyen, Founder and President As I drove my car towards Framingham, MA, I noticed a Dunkin’ Donuts and decided to eat something before my next interview. I was scheduled for an interview with Phu- Vinh Nguyen, the founder, and President of FUVI Cognitive Network Corp., who I had heard lived and breathed innovation. As I dug into the classic glazed doughnut, a constant worry was running through my mind. It was not the interview, but my 16-year-old daughter’s declining grades. She is a smart kid but was an average student at school and was facing a lot of difficulty in retaining lessons from the classes and lectures she attended. Even her notes were not helping, as she was unable to recall the underlying ideas behind what was taught to her. Little did I know that the conversation that I was about to have with Mr. Nguyen would provide me with a solution to my quandary.

Finally, I reached my destination where I was delighted by FUVI’s office ambiance as it gave me a feeling of entering a place filled with positivity and energy. I was greeted by the Chief Marketing and Creative Officer of the company, Linda Pepe, who told me that Phu-Vinh Nguyen was waiting for me in his office. Seeing me enter, he looks up with a broad smile, “Wonderful! I have been expecting you. Please call me Vinh.” As I shake his hand, I ask him a simple question, “Are you working on something innovative right now?” He laughs and answers, “Oh yes! My life is nothing without innovation!”

The Master of Innovation

For Vinh, innovation has truly been the name of the game. Prior to founding FUVI Cognitive Network, he created and led FUVI’s Vietnamese affiliate, FUVI Mechanical Technology Company—a design, engineering, and manufacturing firm, for nearly 25 years. FUVI Mechanical Technology Company provides prototypes and precision molds for internationally known manufacturers of construction materials. After a decade, Vinh and his team developed FUVI Formwork, an innovative system for high-rise building projects used worldwide by well-known clients on high-profile projects. At 77 floors high, one of their projects was the tallest building in Bangkok, Thailand at that time. “While I was working with other companies and providing solutions to them, my fascination with innovation and human intelligence grew, and inspired me to develop tools and systems for learning which can help people facilitate effective learning and creativity,” he says.

As he continued his story of innovation, the thought of my daughter’s grades came back to my mind. I wondered if his product offering could help my child learn effectively; I started listening even more carefully. “I founded FUVI Cognitive Network Corp. in 2016 and applied for US patents on those novel tools and systems,” he mentions. I further learned that Vinh has been such a firm believer in this innovative new way of helping people learn to the best of their abilities that he moved his family from Vietnam to launch FUVI Cognitive Network in the United States, where he felt the product could be developed and introduced more effectively. So what is this innovation all about? How does it work?

The I SEE Learning System is wearable technology that helps improve learning comprehension by enhancing our natural ability to learn, retain and structure information

Endowing Learners’ with the Sixth Sense

Under the leadership of Vinh, FUVI Cognitive Network’s team has developed a transformative technology—the I SEE Learning System—that will help students achieve their goals through personalized learning using a combination of wearable technology and advanced software. “Students—regardless of educational levels—learn, retain, and master information differently. Some are exceptional while others are average or below average. Imagine that there is a transformative technology that can help all of these students to be the best that they can be through the way they learn, the way they retain, and the way they master newly learnt information, that’s what we will be providing,” he states.

Vinh’s statement is equally substantiated by studies which show that if learners aren’t paying close attention, it can take less than one minute for them to forget what they’ve been seeing and hearing—basically what has been happening to my daughter. Research has also shown that comprehensive learning should be based on reviewing the lecture and building mental connections between new content and familiar content. Vinh elaborates, “Top professors use their own techniques to improve student attention span and learning ability. However, these techniques are not fully effective with all students. For that reason, traditional style lectures presented in a classroom setting do not fully help them with comprehensive learning. FUVI’s technology-enhanced learning system solves the shortcomings of traditional education by building comprehensive learning.”

With the I SEE wearable technology, learners gain an advantage every time they place the device on their heads. After initiating the built-in recording feature, the learner can create a video of the lesson for later review. At the backend, the I SEE device records a cognitive video of the lesson with synchronized EEG waves that are used to generate the cognitive performance map by the I SEE app.

The app allows the learner to save time and improve comprehension by enabling learners to easily identify and focus on topics that require additional study and review, leading to deeper understanding and better recall of key ideas.

By working in harmony with the user’s natural cognitive processes, the I SEE console helps learners master their natural cognitive skills. “The learners who will use our innovative I SEE console can easily review and practice the material. This deepens the connections and associations with the content and improves retention and understanding,” mentions Vinh. Further, the company’s solution also includes the I SEE network, which connects people and builds a community of learners. Educators gain insights into student comprehension and focus that allows them to pinpoint areas that require more explanation. “There are other companies developing wearable technology that utilizes EEG sensors, but none are combining it with a high definition video recorder, and none have our extensive feature set,” says Vinh.
What puts the cherry on top of this cake will be the I SEE SDK and developer tools, which allow third-party developers to write custom applications for the device, and ultimately enhance the I SEE device capability.

It’s All about the People

Listening to Vinh, I was confident that I had found the perfect solution to address my daughter’s learning predicament. I congratulate him, “Wow! That’s amazing. A solution that can enhance learning through cognition mapping! Too futuristic to believe!” Vinh simply replies, “You know what is really amazing? It is not only the product that we are offering; it is the people with whom I am surrounded who help to make it all possible! Let me introduce them so that you can meet the minds behind this amazing product.” Shortly, Linda and FUVI’s newly appointed CEO, Toan Nguyen, along with FUVI’s Technology Director, Jim Boyles, populate the room and Vinh mentions, “These are my innovative colleagues that I was speaking to you about, aren’t they wonderful?” He didn’t have to say anything else, the trio’s experience spoke for itself. While Linda has a proven record of achieving measurable brand awareness, Toan holds years of experience in the biotech and pharma space, and Jim is an expert at aligning business and technical aspects of product development with market and customer expectations.

“It’s all about the people,” Vinh stresses again. “And we are so excited to now have Toan on board as well. I am sure that his experience will help our company to succeed even further.” 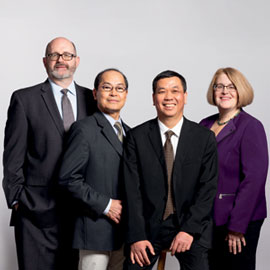 With the wearable technology market expected to grow to almost 60 billion by 2021, FUVI’s I SEE Learning System is well positioned to take advantage of this new trend. “Wearable headgear is less common than wrist wearable tech, but it is widely used by gamers and rapidly becoming more common. FUVI’s target of students will easily adopt wearable headgear to help improve their learning experience,” says Vinh.

Having witnessed a demonstration of FUVI’s product and of course, the way that the company functions, I became excited and as I shared my daughter’s situation, I asked Vinh where I could get my hands on one of FUVI’s devices. Laughing at my excitement, he replies, “Our device is currently in the development and testing phase, so you have to wait for a few more months to avail the benefits of our solution.” He further informs me that FUVI will be launching their product in Fall 2019 and there are no plans of stopping just there. “The FUVI I SEE Learning system is just the first of FUVI’s many upcoming cognitive technology offerings. We have US patents pending for many other cognitive products and are currently in the process of getting patents worldwide,” he mentions.

After learning so much about this innovative product, I left the FUVI HQ satisfied and with a firm determination in my mind—“I will be pre-ordering the product for sure.” The question is, “will you?” 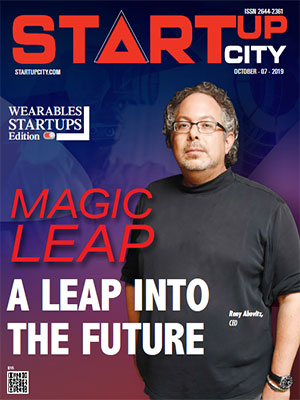 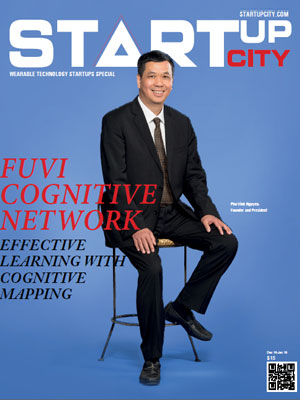